“ Hi there, cutie! Did you see my singles ad and come looking for me? ”

Water Commander is a character who appears in Bomberman Quest. She is the only female member of the Four Commanders, a group of thieves led by Chaos Bomber. Appearing as a boss, she is a strong-willed girl who specializes in infiltration techniques, and has ability to manipulate water. She rules the Field Zone.

In Bomberman Quest, the Four Commanders stole the four engines of the Bomber Shuttle that Bomberman was flying, forcing him to make an emergency landing on a nearby planet. Seeking to recover the engines, Bomberman confronted Water Commander in the Field Zone.

Thinking Bomberman was handsome, Water Commander tried to flirt with him (as she was looking for a boyfriend and even had a singles ad in her lair). When she found out that he only wanted to capture her and get his engine back, she decided to "play" with him because she was bored. She was defeated and presumably captured by Bomberman.

Water Commander is strong-willed and flirtatious. Despite her shallow personality, she is still a dangerous force.

Water Commander's bombs explode in a cross shape and have a Fire range of 2. She moves around randomly and will harm Bomberman on collision. She has 6 HP and yields the first engine as well as an Explosive Core upon her defeat. 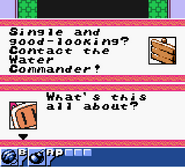 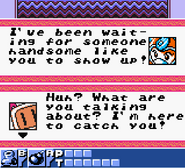 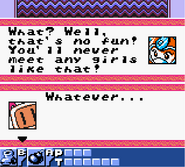 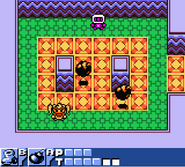 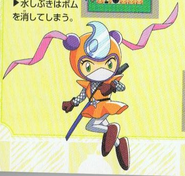 Artwork
Add a photo to this gallery

Retrieved from "https://bomberman.fandom.com/wiki/Water_Commander?oldid=38994"
Community content is available under CC-BY-SA unless otherwise noted.