The Water Bomb, as its name suggests is a bomb filled with water. When it explodes, the bomb will release the water inside onto whatever is nearby. It's generally used to extinguish fires.

The Water Bomb makes an appearance in the Bomberman Jetters anime in episode 39 where White Bomber was trying to master the Water Bomb in an attempt to defeat Max. However, the Water Bomb proved useless, as Max uses Lightning Bombs, which Water does not work against Lightning. 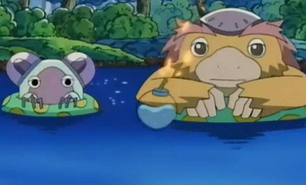 The Water Bomb is thrown into the water 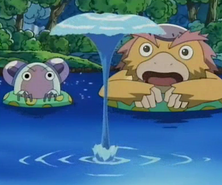 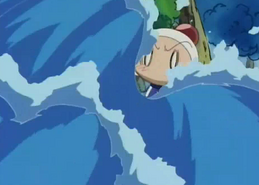 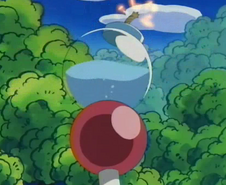 Water Bomb as it appears in the Anime
Deutsch
Community content is available under CC-BY-SA unless otherwise noted.
Advertisement