The Thunder Bomb is a type of bomb that can send out a blast of electricity. It is also known as the Lightning Bomb in some cases. A lightning bolt is represented in the bomb to indicate it as a thunder bomb.

In the anime, there are different types of Thunder Bombs used by other characters.

The Sunrise Thunder Bomb is White Bomber's version of the Thunder Bomb. The name was given by Bongo and Gangu just when the sun has risen. It debuts in episode 18 and was used to defeat Mermaid Bomber. 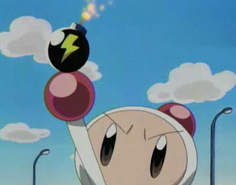 White Bomber attempts to use the Thunder Bomb 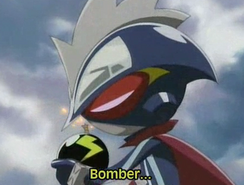 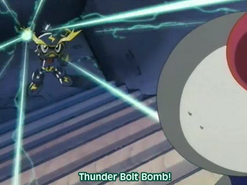 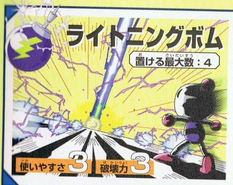