The Skull (also known as Poison in some games) is a recurring item in the Bomberman series. It gives the player one of a set of negative effects.[1]

Typically, Skull items will not be destroyed when hit by a blast. Instead, the panel will flip onto another tile. In some games, an option can be set to allow them to be destroyed.

As a "bad" item, in some games if a "diseased" player collects a regular item, the Skull will be expelled and flip onto another tile.

If a "diseased" player touches another player, one of two things can happen, depending on the game: the other player will also get the same disease, or the disease will be transferred over to the other player.

Typically, if a player has a disease for long enough, the item will simply disappear. However, in some games, the effects of the Skull will last for the rest of the match.

Surprisingly, in Super Bomberman, despite its multiple bad effects, the Skull possibly can be counted as a good item because it also gives a large amount of points before its effects start. In addition, the Skull can be destroyed by bomb blasts, but only in Super Bomberman, and is also destroyed by kicked bombs, meaning it's not completely indestructible. Additionally, in Neo Bomberman, the Skull is still destructible, but can also be picked up without the bad effects while the player is riding Gaikottsu.

Each game that has a Skull item has a set of possible diseases that players can get from that item. This set varies per game, with the following list showing some of the most commonly seen diseases:

In Bomberman Quest, the Skull item may be fused with an Explosive Core in the Bomb Workshop in order to produce a Skull Bomb. There are two Skull items in the game.[2] 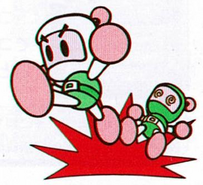 Tagging a skull item to another player 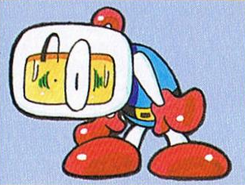