Regulus, also known as Bulzeeb, is a villain in the Nintendo 64 series of Bomberman games.

Regulus is one of the Masked Trio in Bomberman 64, a group of evil bombers serving under Altair. He is Altair's right-hand man and an excellent fighter. He helped steal the Omni Cube from Sirius, but acknowledges that he was unable to defeat Sirius even with the help of his friends. Bomberman faces him in White Glacier, where he is beaten but not killed. He promises Bomberman that the battle isn't over yet.

Later, in Altair's Black Fortress, Regulus descends to help a battered Altair off of the battlefield. Unfortunately, Sirius knocks Regulus down the surrounding pit, takes back the Omni Cube and disintegrates Altair.

When Bomberman faces Sirius, Regulus saves him from destruction and breaks the Omni Cube with his special attack. He then helps Bomberman take down the enraged Sirius once and for all. After carrying Bomberman out of the exploding ship, Regulus commends the hero for being able to take down Sirius so easily and reveals his backstory, but promises that he will return to do battle again.

An outtake of Bomberman's fight with Regulus is shown in the true credits of the game; When doing his pose on top of the icicle, he loses his footing and falls off.

In Bomberman 64: The Second Attack!, Regulus turns his armor black and renames himself Bulzeeb, because he believed his old name was tainted by his previous loss against Bomberman. He is revealed to be one of the Astral Knights as well, the strongest and wisest one. He is often able to halt disputes within his team and is the only one who does not underestimate Bomberman's true strength.

When facing Bomberman on Prison Planet Thantos, he uses many new dark abilities, but is still defeated. Before he can retreat, Lilith appears to confront him and reveals that Regulus is the only knight who withstood Sthertoth's mind control, so Regulus explains that he used the plot to gain more power. He is eventually convinced to hand over the Shadow Stone, but tells Bomberman that they will fight again on the Warship Noah.

Sthertoth, however, discover's Regulus' plan and kills him right in front of Bomberman. Regulus is later brought back to life after the Angel of Light and Shadow is bested in battle, promising again to continue his fight with Bomberman. When addressed as "Bulzeeb", he says that his name is Regulus.

Regulus states clearly that he lives for basically two things: to gain more power, and to defeat Bomberman. The latter may be because he was defeated by Bomberman before, or it may be because Bomberman caused the defeat of his former team in Bomberman 64. As such, he shows little concern for other people, and usually provides some sort of excuse if he needs to help them. Underneath, it is hinted that he may have a heart, but he chooses not to believe in it.

Regulus is one of the brightest stars visible to Earth. Bulzeeb's Japanese name (ベルゼバル) is identical to Beelzebul (more commonly written as Beelzebub). Bulzeeb's English name is a simplified rearrangement. 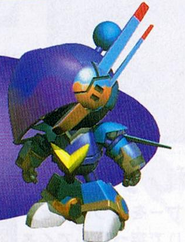 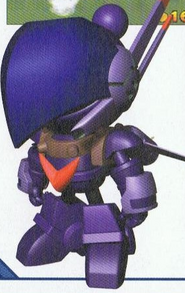 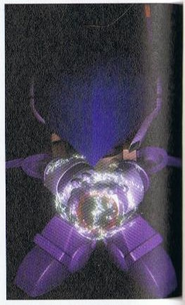 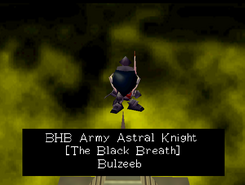 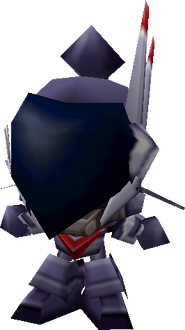 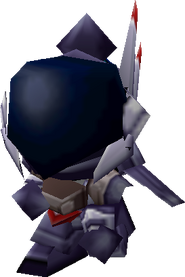 Regulus - rendered from B64-TSA (2)
Add a photo to this gallery
Retrieved from "https://bomberman.fandom.com/wiki/Regulus?oldid=38942"
Community content is available under CC-BY-SA unless otherwise noted.