Power-Ups are items that affect the abilities of a player during gameplay. Depending on the item and how they are used, it can put the player at either an advantage or a disadvantage. Below is a list of items that can alter gameplay. 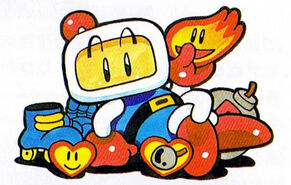 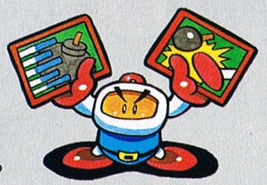 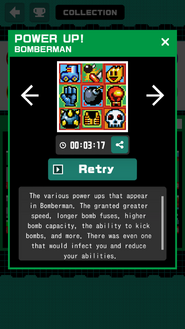 Power-Ups as seen in Pixel Puzzle Collection
Add a photo to this gallery
Retrieved from "https://bomberman.fandom.com/wiki/Power-Ups?oldid=41243"
Community content is available under CC-BY-SA unless otherwise noted.