Pontan (ポンタン), also known as Foton is a recurring enemy in the Bomberman series. It is a dangerous coin like enemy.

Pontan moves very quickly, passing through Soft Blocks and constantly pursuing the player. In its original appearance, it is the most dangerous enemy in the game. They're associated with the Invincibility Power-up and as such, will appear if said power up is blown up by a bomb, or the exit of a level with this power up present is bombed or worse, if the timer reaches zero.

They're worth 8000 points and are able to chase the player from one side of the screen to the other.

In Bomberman II, Pontan's values have been significantly dumbed down - it does not pass through soft blocks anymore and moves aimlessly, like a Barom, just a bit faster. They will commonly appear if the exit of a stage is bombed. Pontan's appearance has remained mostly the same, aside from being a bit more rounded and his color not changing at all in the animation.

Although it sometimes appears in a stage's enemy set, in some games Pontans may be summoned to a stage in one of the following manners: 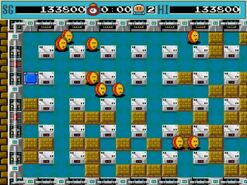 Time Over screen from TG-16 Bomberman 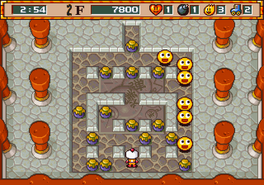 Pontan's animation in Bomberman for the NES. 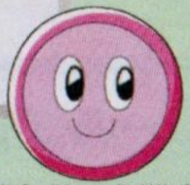 Retrieved from "https://bomberman.fandom.com/wiki/Pontan?oldid=43078"
Community content is available under CC-BY-SA unless otherwise noted.