Super Bomberman 3
Bomberman World
Planet Fire (initially localized as Firestorm) is the second world in Super Bomberman 3, based on Achi Achi Mountain from Bomberman '94. It is a world of fire and more defensive foes. Golem Bomber guards the red Mother Computer Chip on this planet.

It reappears as the third world of Bomberman World, where Fire Bomber is stationed. It is known as Ouch Star - Fiery Star in the PAL manual (a closer translation of its Japanese name and title, except "Ouch" is a mistranslation of the Japanese onomatopeia for "Hot") and Fire World in the NTSC-U manual. 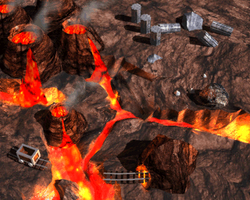 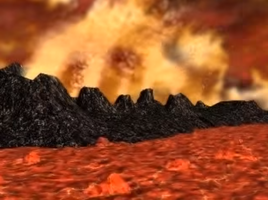 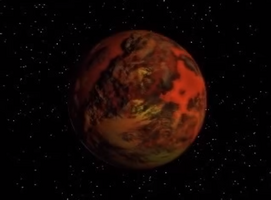 Planet Fire
Add a photo to this gallery

Retrieved from "https://bomberman.fandom.com/wiki/Planet_Fire?oldid=44053"
Community content is available under CC-BY-SA unless otherwise noted.