(World) 1 May 1997
Neo Bomberman is a game that was developed for the Neo-Geo hardware. It was only released as a cartridge kit for the arcade-based MVS variant of the Neo-Geo hardware, as there was no version for the AES or Neo-Geo CD home console systems. Until 2017's Bombergirl, it was the last Bomberman game to be released in arcades.

Bagura invades Planet Bomber and kidnaps Pretty Bomber (possibly as a trick). After White Bomberman and Black Bomberman rescue her, Bagura sends the three to a pocket dimension which they escape. Bomberman faces off against Atomic Bomber and a machine (presumably piloted by Bagura) before they escape.

The player must use bombs to defeat enemies in order to reveal the goal. This game also has a multiplayer mode where the players must defeat each other or computers to win using the same premise as the single player mode.

Although the Battle Mode supports up to four characters in a single match, only two human players can compete. The computer opponents will only be faced if there is only one player present. 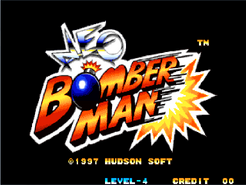 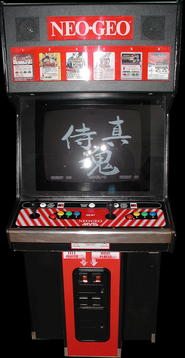 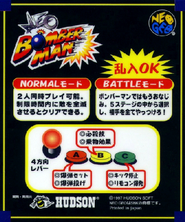 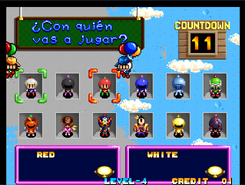 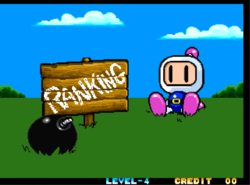 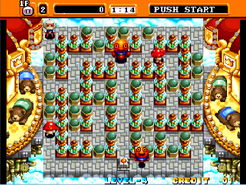 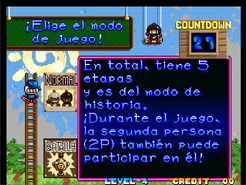 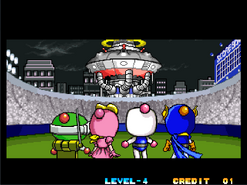 Scene from the Opening 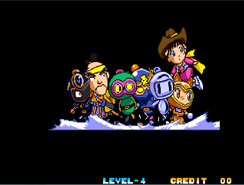 Characters in the Intro 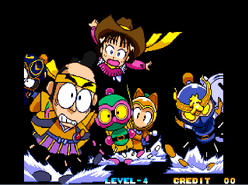 More from the Intro
Add a photo to this gallery
Retrieved from "https://bomberman.fandom.com/wiki/Neo_Bomberman?oldid=43438"
Community content is available under CC-BY-SA unless otherwise noted.