Bomberman Jetters
Mighty is the older brother of White Bomber and the grandson of Momo. He first appears in the Bomberman Jetters anime, debuting in the first episode, "The Idol Bomberman". Despite not having many in-person appearances in the series, he has a very large impact on its story and the development of almost all other major characters, especially White Bomber.

Mighty, older brother of White Bomber, left his home to fill in the spot of "Bomberman" in the group known as the Jetters. Very kind and mature, he served as the leader. He even developed the Sal-T Bomb and owns his personal hoverbike, the Moto Jetter.

He was very close to his younger brother, and taught him a lot of skills, most of which he would use later on when he (White) became a Jetter. These included using a feather (or White Bomber's "Balloon Bomb") to find their ways out of caves, to give up if you hate doing something (when White Bomber lost the baseball he, his brother, and friends were using for a game, Mighty told his brother that, if he didn't like baseball, then he wouldn't have to play it), and many other things. (However, Momo would eventually partly contradict Mighty's advice, telling White Bomber that he would sometimes have to struggle and suffer with something for a while to find out for sure if he truly hated doing it.)

One fateful mission on Bomber Planet, Mighty was badly wounded by a laser from a machine that Mujoe brought to intimidate the Jetters (this was purely accidental; the machine went haywire and the Hige Hige Bandits couldn't stop it). However, he was convinced to do the following mission (to destroy a Hige Hige HQ), and even went further, attacking the main base at the time, despite being near death. For the majority of the series (until episode 23), Mighty was thought to be missing in action, but Mujoe told Birdy that he was actually dead.

After Mighty was revealed to be dead, it was believed that Max was the one who murdered him. However, the "Max" that was seen at the time was actually Bomber Zero. Zero was built by Dr. Mechado to absorb Mighty's data, and that he did. Zero left Mighty who was unconscious, and when Mighty came around, he decided to fulfill his mission. In the final episode of the series, it's revealed that Mighty chose to complete his mission and to do so, had to face the impact of his own bomb, thus taking his own life.

For more information on Mighty after his death, see Bomber Zero.

Mighty has been a playable character in all three Bomberman Jetters games, one of which stars him in the lead role.

In his debut, Mighty heads to Planet Bomber, with the rest of the Jetters, on a mission to protect the unique Cosmo Diamond in the museum. He also spends some time with his younger brother White Bomber.

The Longest Day of Mighty's Life

Birdy explains how Mighty managed to destroy the Hige Hige base at Planet Nonbiri and the Hige Hige's last remaining base of operations to which Mighty had disappeared after the event.

Mighty as he appears in Bomberman Jetters 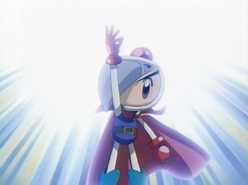 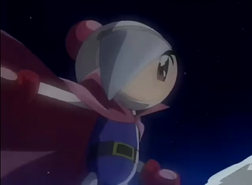 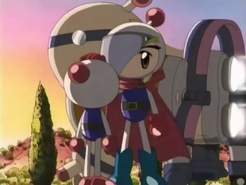 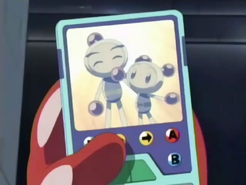 Picture of Mighty and White Bomber 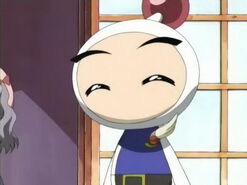 Mighty, without his visor 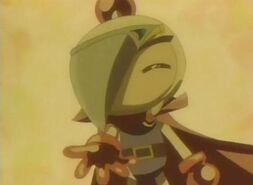 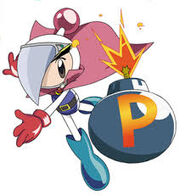 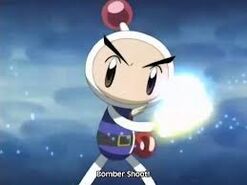 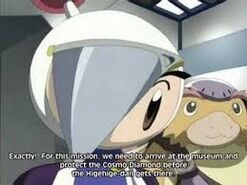 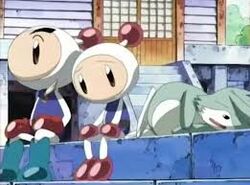 Mighty (without his visor), White Bomber, and Rui

Mighty (without his visor) and White Bomber 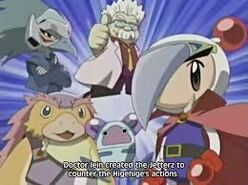 Mighty and the Jetters 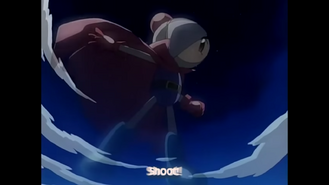 Mighty in Episode 52, when he used the ability Bomber Shoot
Add a photo to this gallery
Retrieved from "https://bomberman.fandom.com/wiki/Mighty?oldid=44228"
Community content is available under CC-BY-SA unless otherwise noted.