Mantis (リッパー, Ripper, in Japan) is the guardian of the anchor connecting White Glacier to Altair's base of operations. He is a gigantic spider that looks like it is made of ice. He has a mask and six legs. To defeat this giant spider at Stage 4, Bomberman must run under him when he attacks. This will confuse Mantis, giving Bomberman the opportunity he needs to throw a pumped bomb, and detonate it directly under him. The explosion should damage him this way. Usually, two hits will break his mask.

He has four hearts; after his third heart is depleted, Mantis will smash the icy ground, causing him and Bomberman to fall onto a spiderweb; it is not slippery like the ice, but leaves Bomberman in danger of falling down the holes in it. Sirius will rescue him the first three times he falls. In the end, Mantis was killed, and shrunk down to a small size. 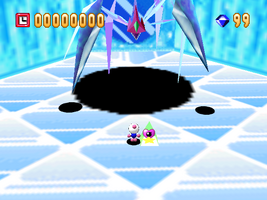 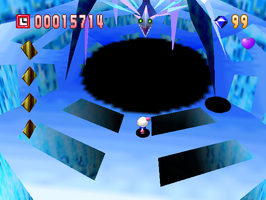 No mask on the giant web 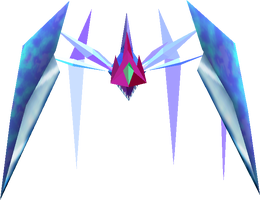 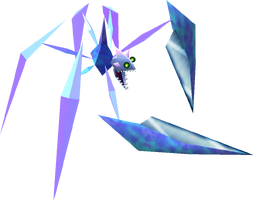