Bomberman Jetters
Mama is a minor character, appearing in the anime Bomberman Jetters, who works in a bar called the Bar Touko on the Shumulvault base. She debuts in "Underground, Go! Go! Go!," the fifth episode of the series.

While initially not involved in the main story itself, Mama acts as the encouragement for Mujoe to continue fighting for Bagura and is the object of Mujoe's affections. As the series progresses, not much is known about Mama herself, except that she enjoys gardening and attends gardening classes. However, she makes small cameos in the main story of the anime, on one episode which follows the daily lives of the Jetters, she was seen getting into Birdy's taxi. Another appearance is when the Jetters infiltrate the Shumulvault base, in which she helps them escape from the newly-controlled Hige-Hige.

Mama's personality is not much known, but she tends to be carefree and also encouraging towards Mujoe. She has a habit of smoking and has been shown to smoke on some occasions. She seems to dislike sweet things, revealed in "The Blue Rose of Memories." She, however, loves wasabizuke, which are vegetables soaked in wasabi marinade[1].

Mama seems very supportive towards Mujoe. She is one of the reasons Mujoe keeps getting back up on his feet. Mujoe seems to deeply care for her, even attempting to retrieve the unique ice rose for her as a gift in "The Blue Rose of Memories."

Not much is known about her relation with Twist, but it is hinted that Mama has been seeing Shout's father, revealed in "Keep Going, Jetters!."

A list of episodes from Bomberman Jetters in which this character has appeared in. 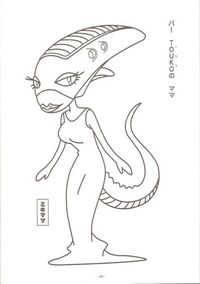 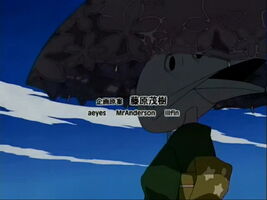 Mama as seen in the ending of episode 52 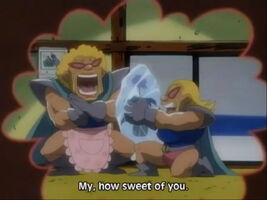 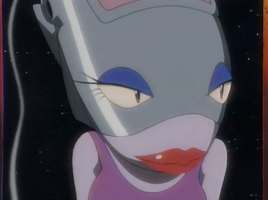 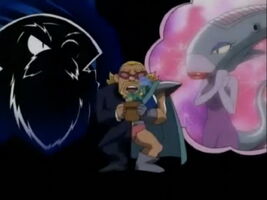 Retrieved from "https://bomberman.fandom.com/wiki/Mama?oldid=44342"
Community content is available under CC-BY-SA unless otherwise noted.