Lizard Man (リザードマン Rizādoman) is an enemy in the Bomberman series.

In Super Bomberman 3, Lizard Men appear on the planet First Star. They walk in straight lines, only turning when they reach a wall (they do not reverse directions unless they reach a dead end). They damage the player on contact.

In Bomberman Wars, a Lizard Man attacks the peaceful people of Bomber Continent. It is defeated by Hero Bomber and his allies, a victory that leads Hero Bomberman to the throne. 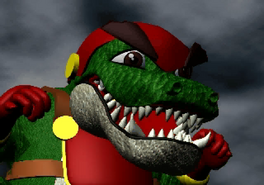 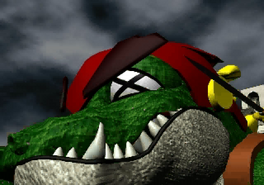 Defeat
Add a photo to this gallery

Retrieved from "https://bomberman.fandom.com/wiki/Lizard_Man?oldid=41308"
Community content is available under CC-BY-SA unless otherwise noted.