Hurricommander (ハリケーンコマンダー, Hurricane Commander, in Japan) is a member of the Four Commanders, a group of thieves led by Chaos Bomber. Appearing as a boss in the game Bomberman Quest, he is able to manipulate wind at will, and has the ability of flight. He can also create waterspouts and tornadoes. He rules the Beach Zone.

In Bomberman Quest, the Four Commanders stole the four engines of the Bomber Shuttle that Bomberman was flying, forcing him to make an emergency landing on a nearby planet. Seeking to recover the engines, Bomberman confronted Hurricommander in the Beach Zone.

Bomberman the chance to leave, but Bomberman was determined to fight. After being defeated, Hurricommander was imprisoned with the recaptured monsters.

Hurricommander is self-confident, pretentious, cocky and a little narcissistic, being an flexible manipulator. He likes to get things done and see a plan through to its completion.

Hurricommander's bombs explode in a cross shape and have a Fire range of 3. He flies around randomly and will not harm Bomberman on collision. He has 10 HP and yields the third engine as well as an Explosive Core upon his defeat. 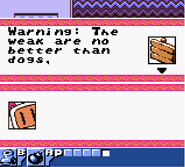 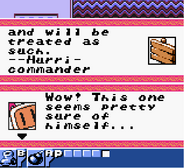 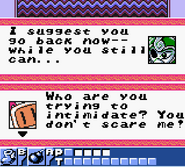 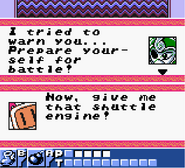 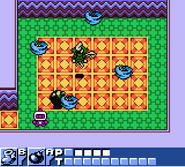 Boss Fight
Add a photo to this gallery

Retrieved from "https://bomberman.fandom.com/wiki/Hurricommander?oldid=38999"
Community content is available under CC-BY-SA unless otherwise noted.