Death Bomber (デスボンバー, Desu Bonbā) is the last boss of Wario Blast. He has three forms. In his first form Death Bomber flies around the room firing lasers and missiles at Wario or Bomberman. In his second form his lasers and chest cannon are destroyed. His fists will then fly off at you and return after each shot. In his last form everything is destroyed except for his head and four projectiles will fire from it. Each form requires three hits to defeat totaling in nine hits.

In Wario Blast, if the player plays as Bomberman, the Death Bomber will still retain Bomberman's head despite being controlled by three Warios. 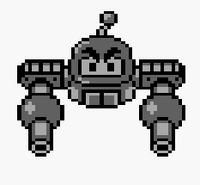 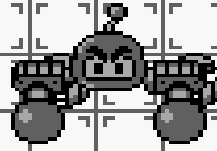 Death Bomber's Third Form
Add a photo to this gallery
Retrieved from "https://bomberman.fandom.com/wiki/Death_Bomber?oldid=41856"
Community content is available under CC-BY-SA unless otherwise noted.