Charaboms (also known as Karabons) are small animals in the Bomberman Universe. In most games they either offer abilities to the player or can be used to battle one another in an RPG battle.

Pommy is the most famous Charabom. He has long, pointed ears and peach colored skin. Pommy's first appearance is in Bomberman 64: The Second Attack and he could transform into multiple forms depending on what food you feed him. His other forms appear often as well and he is usually the first Charabom you get. 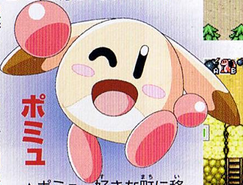 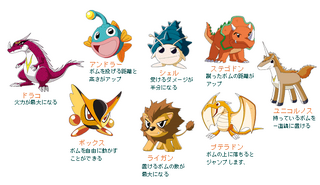 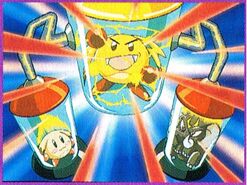