Bomberman Live: Battlefest is a downloadable game for the Xbox 360. A version was planned to be released for the PlayStation 3 and the Wii but they were cancelled.

This game is a sequel to Bomberman Live and was released because of the previous game's success. It features several new modes as well as new costumes that can be mixed and matched. 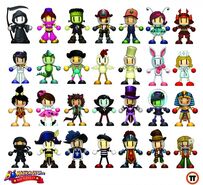 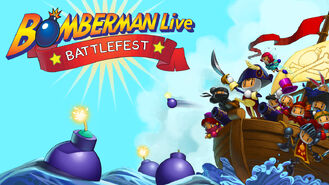 Full Cover Art
Add a photo to this gallery
Retrieved from "https://bomberman.fandom.com/wiki/Bomberman_Live:_Battlefest?oldid=43244"
Community content is available under CC-BY-SA unless otherwise noted.