Bomberman Land (ボンバーマンランド) is a video game for the PlayStation. This game is the first in the series to feature various minigames instead of just the usual grid-like gameplay. It was released only in Japan. It is the first entry in the Bomberman Land series.

In classic Bomberman Land fashion, the player has to playthrough a collection of minigames, solving the puzzles, examine specific spots, fetch a Diamond in the basement of Bomber House, and help other peoples out in order to gain a Zone Pieces to progress through the different zones of the theme park and finally battle against the antagonists Dark Bomber, Dark Witch, Dark Piece, Dark Doll and Dark Rose.

The simple game mode for 1 player, this mode is identical to the original Bomberman game, except these following changes:

Info not added yet, but coming soon.

This mode has RPG elements in it, such as defeating enemies give you EXP, and when you accumulated enough EXP, Bomberman will level up, and his basic abilities (Fire and Bomb) will increase. Bomberman also has a limited number of Bombs in his stock, which will slowly refill when Bomberman is moving. You can also gain Bombs by collecting a Bomb Panel with number written on them.

Info not added yet, but coming soon.

Load a save file from the memory card, so that you can continue in the game mode that you're left off.

Check a high score of a mini-games you played in Bomberman Land mode. You can even play it straight from here if you collect all mini-games in the main game. 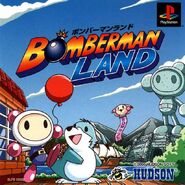 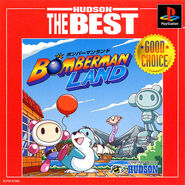