Bomberman Act:Zero is a video game for the Xbox 360 and arguably Hudson Soft's failed attempt at rebranding the Bomberman series. Compared to preceding entries in the series, the game significantly changes the overall tone and character design.

This game is loosely based on the original Bomberman game. The main character is a nameless Bomberman (or woman) who is created for the sole purpose of fighting. They are awakened and thrown into a battle where only the strongest will survive.

The player must use bombs to defeat their rival on each level. There are 99 levels and no save options or continues making the experience very difficult. The camera plays a unique role in this game in that it can be set to one of two options. It can be used either from the 2D perspective of previous Bomberman titles or a 3rd person mode where the camera follows behind the player.

There is also an online multiplayer mode that can support up to 8 players worldwide; however, there is no local mode.

This game has received disappointing scores by many critics and a lot of harsh criticism from the fans. The gameplay has been called tedious and repetitive. The design of the protagonist (both genders) has been criticized for looking too "sexual" and too similar to character designs of comic artist Todd McFarlane. It has been noted that there is no save feature, resulting in the game restarting entirely after a game over. It has also been criticized for lacking any sort of local multiplayer mode, which is commonly seen as a necessity in a traditional Bomberman game. 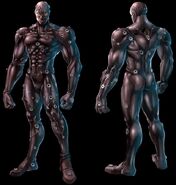 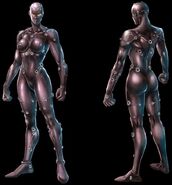 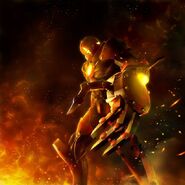 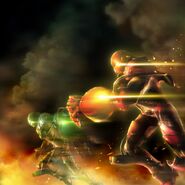 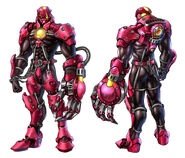 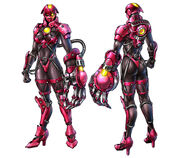 Scene from the story