Bombergirl (ボンバーガール Bonbāgāru) is originally a cabinet-dedicated arcade game developed and distributed by Konami, who obtained the rights to the Bomberman series after absorbing Hudson Soft in 2012.

The game was announced at the JAEPO 2017 amusement machine exposition in Japan in February 2017 and had subsequently undergone location testing. It is only the second Bomberman arcade to be released, with 1997's Neo Bomberman being the first arcade released in the series.

It was only released in Japan, although it's possible that the game could see a limited North American release in Round1 arcades which have an official license to operate games that use Konami's e-amusement service.

Not much concrete information is known about Bombergirl to non-Japanese speakers at the moment, but it is focused on 4 vs. 4 cooperative team battles, where each team has a shared life bar. To comfortably accommodate 8 players at once, battle maps appear to be quite large. The game has an unorthodox control scheme with an unusual joystick, a large touch screen, and a gigantic red button that dramatically pops out of the machine via a motorized mechanism in the late stages of a match. This button is presumably used to activate a special attack. The cabinet also includes a third screen above the main screen used by the player, which allows spectators to have a better look at the action from different angles.

When playing, the enemy's Team is depicted red, and the Player's Team is depicted blue. The objective is to destroy the enemy's base; or to have their base on lower health than your's. During battle, if the two teams' Power Gauges differences greatly, the losing team in the moment will enter Rush Time. During this time, all team members' of the losing team has their HP fully restored. The team members' bomb count, firepower, and speed stats are also greatly increased, and their skill charge time is greatly reduced. Rush Time can only occur once for each team per match. Rush Time gives the losing team a great advantage to take the lead of the battle.

There are indications that elements of Bombergirl's gameplay may take some inspiration from games of the MOBA genre. Like these games, Bombergirl uses a strictly team-based setup, and the different playable characters are described as fitting into predefined team roles like "Bomber," "Blocker," "Attacker," and "Shooter," with special skills and abilities of their own. It seems that functioning soft blocks can be placed by players using the Blocker class, which could be used to strategically control space and wall off opponents. Also, the Attacker and Shooter classes might not use bombs as their primary form of offense.

In Single Player, you're able to complete different types of challenges, each with there own rules. Some involve competing as if you're just playing a normal match, while others involve you to defeat as many Minbo as you can in a certain amount of time. These are just some examples of challenges that are in Single Player.

The characters are all bishoujo-type anime girls with sexually suggestive outfits, and their clothes can be partially destroyed during battles. Each fits into a predefined class that fulfills a different role in the team, similar to as in MOBAs and "hero shooters". Characters can be gradually leveled up to improve their abilities, and different skills can be assigned to them, by saving player data to a Konami e-Amusement Pass card. White Bomber, Black Bomber, and Max, seem to only appear as cameos, in the form of plush dolls carried by the characters Shiro, Kuro, and Grey respectively. All of their clothing and accessories are also based off these bombers. The idol group "Pretty Bombers" (consisting of Momoko, Pine and Prune) alludes to Pretty Bomber.

Curiously, this Bombergirl is the character that in her BREAK Artwork, has the least amount of fanservice. Only part of her school uniform is destroyed. 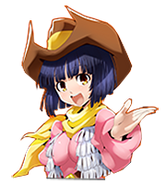 Honey in Bombergirl. (Not a playable character) 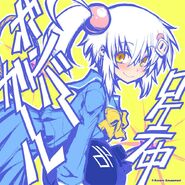 A promotional artwork piece for the November 2017 location test. 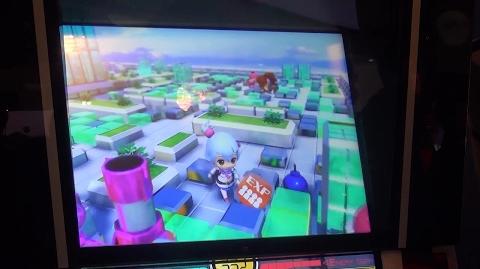 ［JAEPO2017］「ボンバーガール」直撮りプレイムービー-2
Gameplay of Bombergirl while in progress. 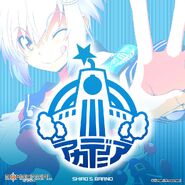 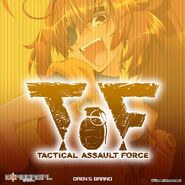 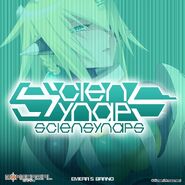 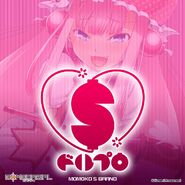 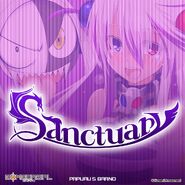 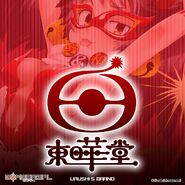 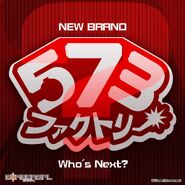 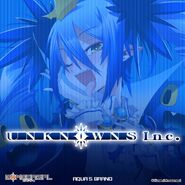 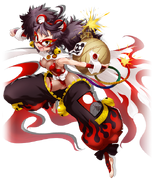 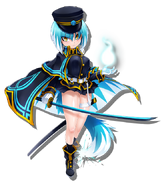 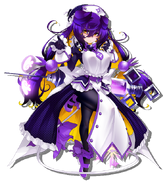 Every character in the game so far. 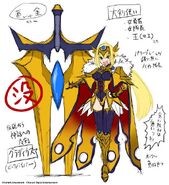 Concept Art of a Scrapped Character in Bombergirl