Bomber Nebula is a recurring location in the Bomberman series. It is where Planet Bomber is located, as well as other planets that are occasionally explored.

These are the known planets of Bomber Nebula, in order of first appearance. 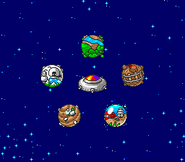 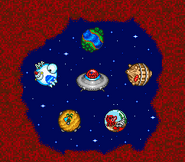