Behemos is typically the second Astral Knights fought, although a player can choose to fight Ashtarth first instead. His element is ice and he is called the Lord of the Frozen Wastes. Behemos is implied to be the second oldest of the Astral Knights (during the Rukifellth scene if Ashtarth is defeated before Behemos). He is big and fat, with light blue armor, and has a gun attached to his right arm. He is fought on the Ocean Planet of Aquanet, near the end, and it is he who learns Bomberman's name for the BHB Army. He is defeated by Bomberman, and shatters into pieces of ice (similar to Sirius in the first Bomberman 64). His death scene is identical to his teleportation. After the Angel of Light and Shadow is defeated, Behemos is resurrected as an Elemental Knight. He is last seen leaving with Baelfael to wander around the universe for a while, saying that if the universe is again threatened, the Elemental Knights shall rejoin the battle, this time on the side of good.

There does not seem to be any strategy for beating him. One can plant bombs next to him and hope they explode before he does an attack (as he is indestructible when he attacks). Icicles may drop from the ceiling. If they hit Bomberman, they will stun him. Behemos cannot kick bombs, nor can he be stunned.

All of his attacks do 1 damage.

In the True Ending

Behemos' name is a slight corruption of Behemoth. 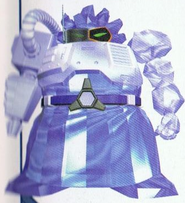 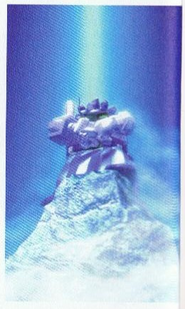 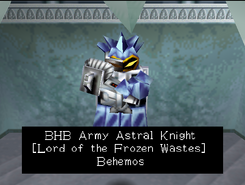 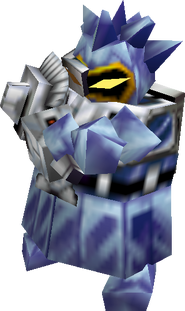 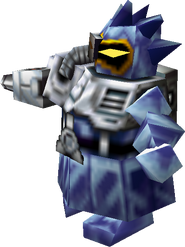 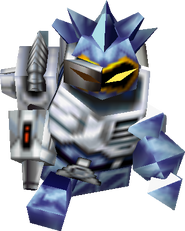 Behemos beaten - rendered from B64-TSA
Add a photo to this gallery
Retrieved from "https://bomberman.fandom.com/wiki/Behemos?oldid=41118"
Community content is available under CC-BY-SA unless otherwise noted.