Bakebake, also known as Nagachamu and Toral the Ethereal, is an enemy in the Bomberman series. It first debuted in Bomberman for TurboGrafx-16 and later became common in the Panic Bomber series.

Nagachamu moves at a normal pace, turning or reversing directions upon colliding with a wall or bomb. It is worth 100 points and first appears in the sixth stage.[1]

Nagachamu moves at a normal pace, passing through Soft Blocks and randomly turning at intersections. Occasionally, it will stop and teleport to a location near Bomberman. It is worth 200 points.

Bakebake is one of the last enemies in most the games of this series, except in the Virtual Boy version. It drops blocks quickly onto its field.

In Super Bomberman - Panic Bomber W, it is the last non-boss enemy to appear. It piles up blocks into high stacks on the left and right sides of his field, and uses the middle area to create combos.[2] 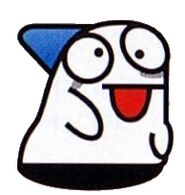 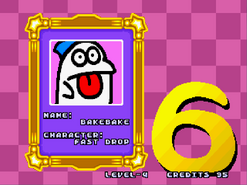 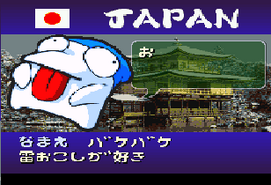 Panic bomber W (5-2)
Add a photo to this gallery

Retrieved from "https://bomberman.fandom.com/wiki/BakeBake?oldid=40177"
Community content is available under CC-BY-SA unless otherwise noted.